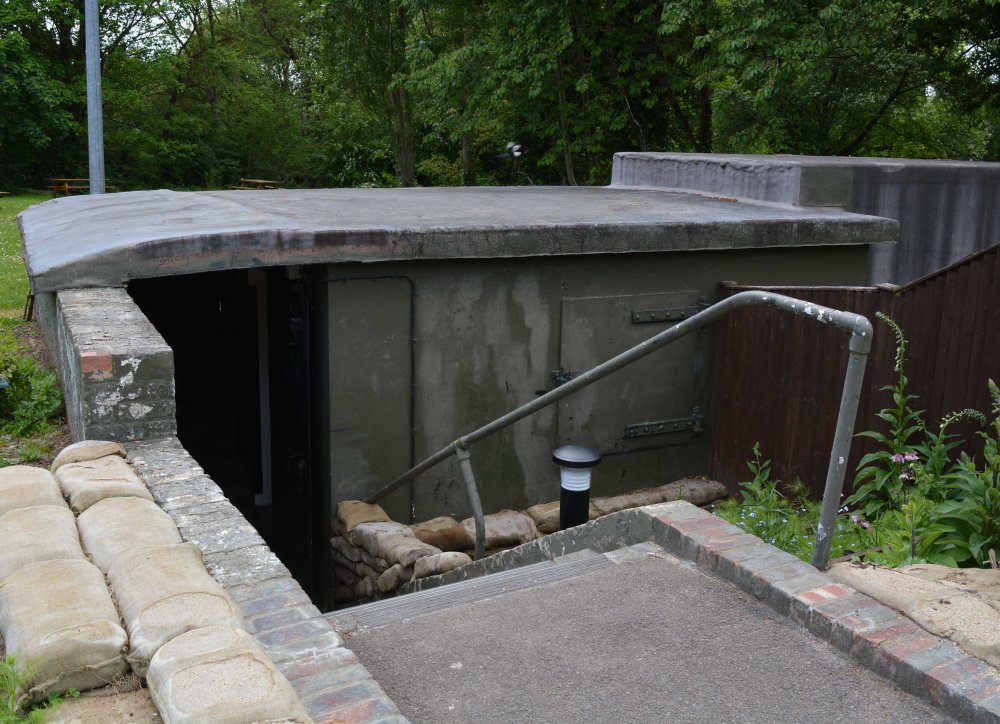 A brand-new housing estate.  Fake-cobble driveways, spindly, just-planted shrubs and shiny front doors. It could be anywhere, save for a curious, battered, facing-the-wrong-way metal sign attached too high up a lamp post.

The Battle of Britain had a bunker? In Uxbridge? 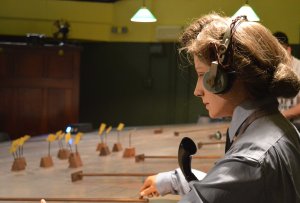 Apparently so. Fighter Command No.11’s Group Operations Room was a classified World War II secret, ranking right up there with Churchill’s War Rooms and Bletchley Park. What’s amazing is that, unlike the other two, chances are you still won’t have heard of it. Happily, as one of the volunteers points out, nor did Hitler. 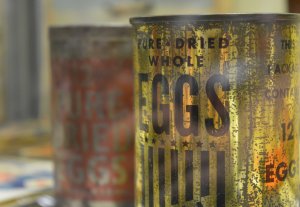 Neither is a given. 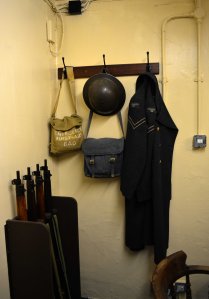 Assuming you leave enough time to ignore the signposts and find your own way down quiet suburban lanes past an old 18th century mansion and through a military-chainlink gate, duck under the entrance to a flat-roofed, brick pillbox and descend enough steps to feel like you’re going somewhere mysterious but not enough to make your knees wobble.

Gloss-painted corridors full of cable-ducts and piping pass strange, locked metal hatches before an unremarkable doorway opens to a large, high-ceilinged chamber. A gigantic map of southeast England and Northwest France fills the room, tilting slightly towards a narrow gallery of seats, each with its own Bakelite telephone. 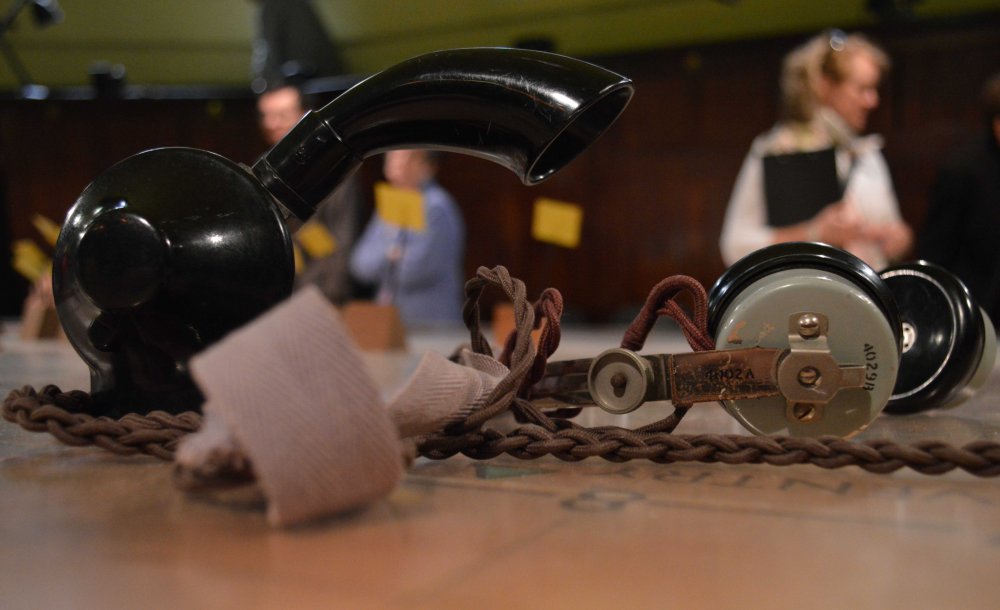 The opposite wall is a giant bank of place names. Tangmere. North Weald. Biggin Hill. Kenley. Hornchurch. Debden. Below them, another bank, of tiny lights. Ordered to Readiness. In Position. Detailed to Raid. Left Ground. Enemy Sighted. 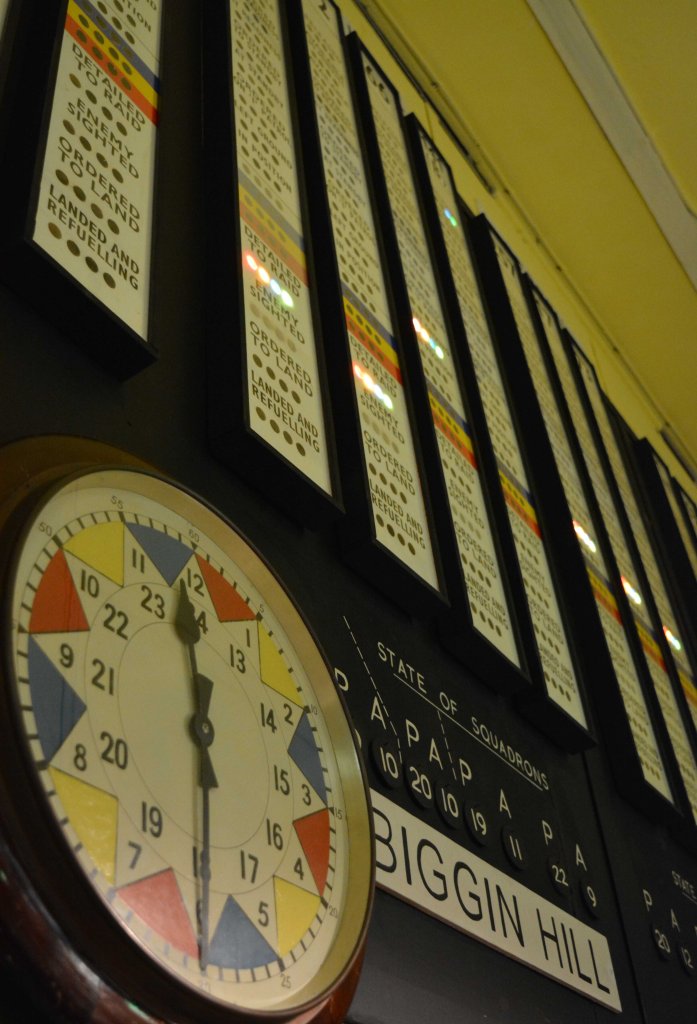 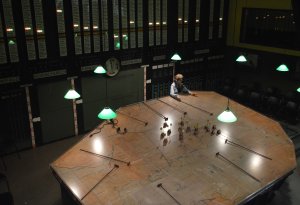 The ‘Ops Room’ directed RAF flight movement throughout the war. Tracking enemy planes and working out if they had enough fuel to actually bomb anything, getting British pilots out of the mess rooms into their cockpits then making the decision to send young men on potentially fatal missions was all done over the telephone, 45 feet underground, encased in five feet of solid concrete, in a matter of one to two minutes. 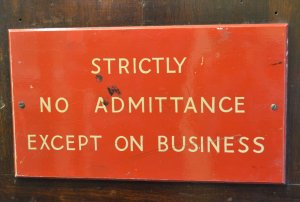 Oh, and by women. The chap in charge wasn’t happy about that at first, demanding two females for every male ‘expert,’ but soon had to eat his words when the ladies proved so good the place became a training base for everyone else.

From the Observation Corps in the field, armed with binoculars and prototype I-Spy manual of Enemy Aircraft, to the women shoving wooden markers around that massive map, every London airbase, squadron, plane, crew and airman was accounted for and directed from down here. 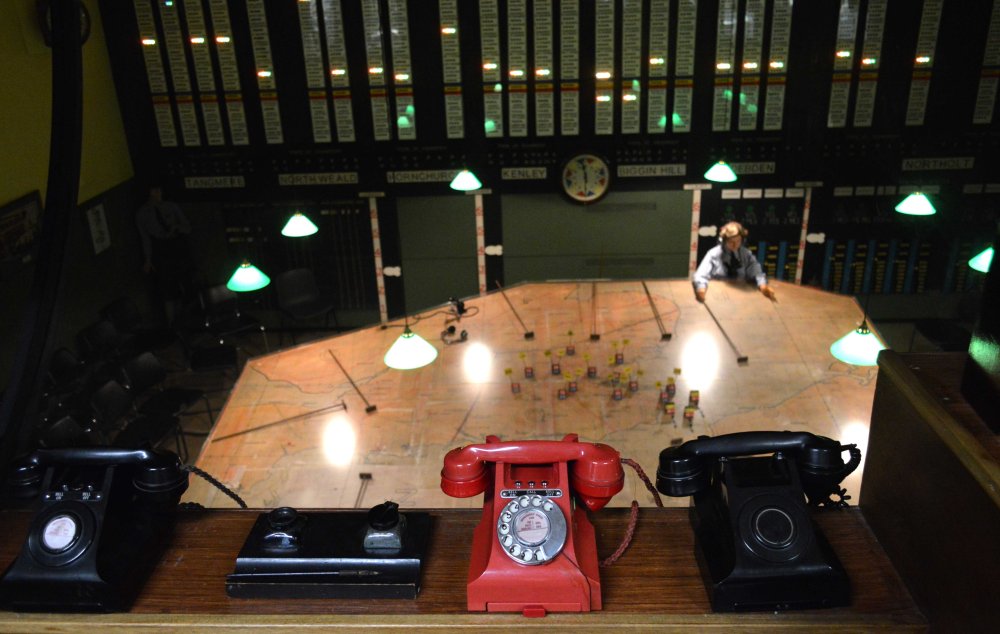 It’s hard to imagine a system with less margin – and more opportunity – for error. Pilots, once they had turned on their engines, had two minutes to take off before their planes overheated. The amount of fuel carried by both sides was exactly enough to get up there, do your duty, get back. Outstay your welcome and the ground beckoned. 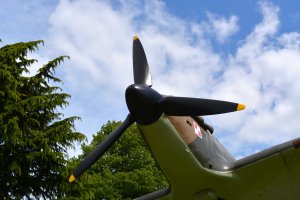 Of course it wasn’t entirely women running the show. If you’re lucky you might get to sit in the same place where one Rex Harrison gained his wartime record before returning to a civilian life talking to animals and teaching Audrey Hepburn to speak proper. By all accounts ‘Sexy Rexy’ put the WRAF girls fair off their stroke… 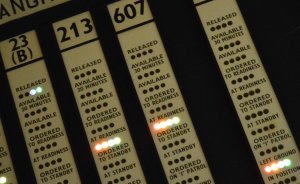 Bulging overhead like a Bond villain’s shark tank loom three observation galleries, their glass windows curved to avoid reflection. Here the overseeing was overseen by everyone from Eisenhower to Churchill himself. He often came down to watch but, to his frustration, wasn’t allowed to interfere. Worse, he wasn’t allowed to smoke, so he would chew through several cigars at each adrenalin-fuelled sitting.

From time to time even the king and queen were smuggled in to watch proceedings from a secret hidey-hole. 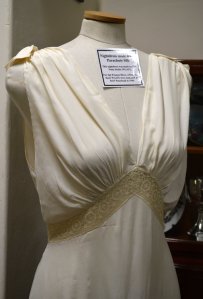 The observation gallery now forms an eclectic museum which, alongside important RAF artefacts, houses some true oddities of the war. Larger-than-life bronze Hitler-head? Check. A pair of standard-issue WRAF knickers? Check. Risqué RAF slang booklet? Check. Pocket morphine syringe? Check.  Bag The Hun – Exercises to Improve Your Shooting (for official use only…)? Check. Explanation as to why we have a Polish War Memorial in Hillingdon? Double-check. 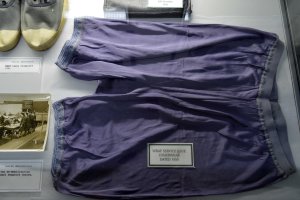 When RAF Uxbridge was sold as part of MOD cost-cutting exercises someone, somewhere, considered this extraordinary monument too important to lose. They were right.

Open once a month and run by volunteers, many of whom used to work at the base when it was operational, entry to the Battle of Britain Bunker is free.  Booking is essential but for underground London lovers, this most bunker-y of bunkers is an exceptional experience; a palpable connection with one of history’s big moments. Just leave yourself enough time to find the place. 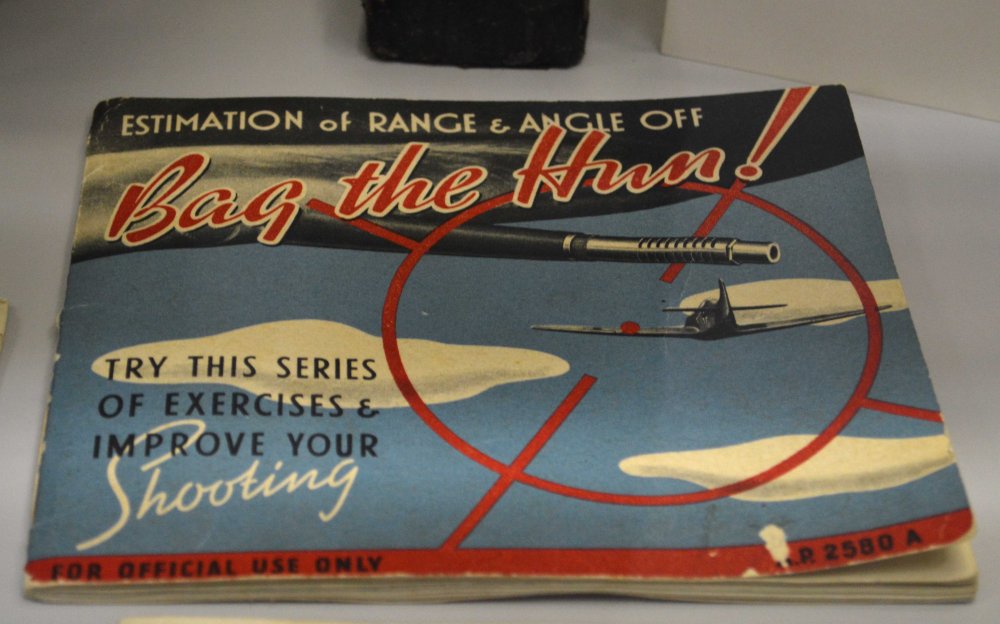 This feature by Sandra Lawrence originally appeared in Londonist. If you would like to syndicate this story or commission Sandra to write something similar please contact her at the following address, missing out the obvious gap…